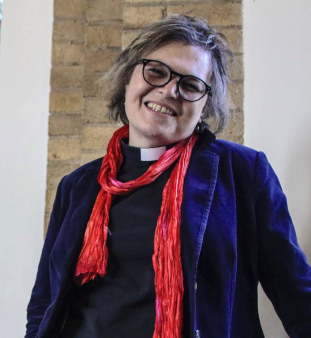 Well, it’s that time again when fans of English football prepare themselves for another disappointment, and all those who can’t stand the sport do their level best to avoid the wall-to-wall coverage on TV, Radio and other media.

Yes, it’s the Men’s World Cup football championship and it’s the kind of event that unites and divides the nation in equal measure. ‘Divides’ not least because Scottish and Welsh and Northern Irish people are unlikely to get behind the England football team. Indeed, I know Scottish people who will support any team other than England. Yet, sporting success can also be a way of energising the nation and fostering a sense of hope.

As someone who grew up in the seventies and eighties, I remember how disappointing British sport could be. My first sporting loves were cricket and football and, at the international level, English teams guaranteed frustration and unrelenting misery. Back in the ‘80s, the West Indies repeatedly took the English cricket team apart. The names of Caribbean fast bowlers like Michael Holding, Malcolm Marshall and Joel Garner became watchwords for English humiliation. It took nearly two decades for English cricket to recover.

However, it is football that has always generated the strangest responses from the nation. It’s as if the triumph in 1966 supplied a recipe for unmanageable expectations ever since. This summer at the Men’s World Cup, once again – despite everyone saying that the England football team are inexperienced or terrible or whatever – expectations will be raised.

It’s the same at every tournament. I remember flying into Manchester from Australia at the start of the 2002 World Cup and was staggered by the amount of England flags all over the city. The level of expectation in the nation was intense and it was as if everyone had taken leave of their senses only to be called back to reality when England got knocked out in the Quarter Finals.

As a priest, I’ve long since learned that prayer for the success of a national football or cricket team is a fool’s errand and to be avoided. When I was doing a year of voluntary service over twenty years ago and work colleagues found out that I was a Christian, some asked me to pray for the success of their football teams. I felt I had to decline (though I was tempted to pray for United!).

However, prayer can offer a way of managing our expectations and being open to reality. Many people, including those with serious addictions, have found Reinhold Niebuhr’s famous serenity prayer incredibly helpful. It involves asking God for the serenity to accept the things I cannot change, courage to change the things I can, and wisdom to know the difference. I do not want to make light of that prayer, but as the World Cup unfolds, it might be wise for English football fans to start praying those words.